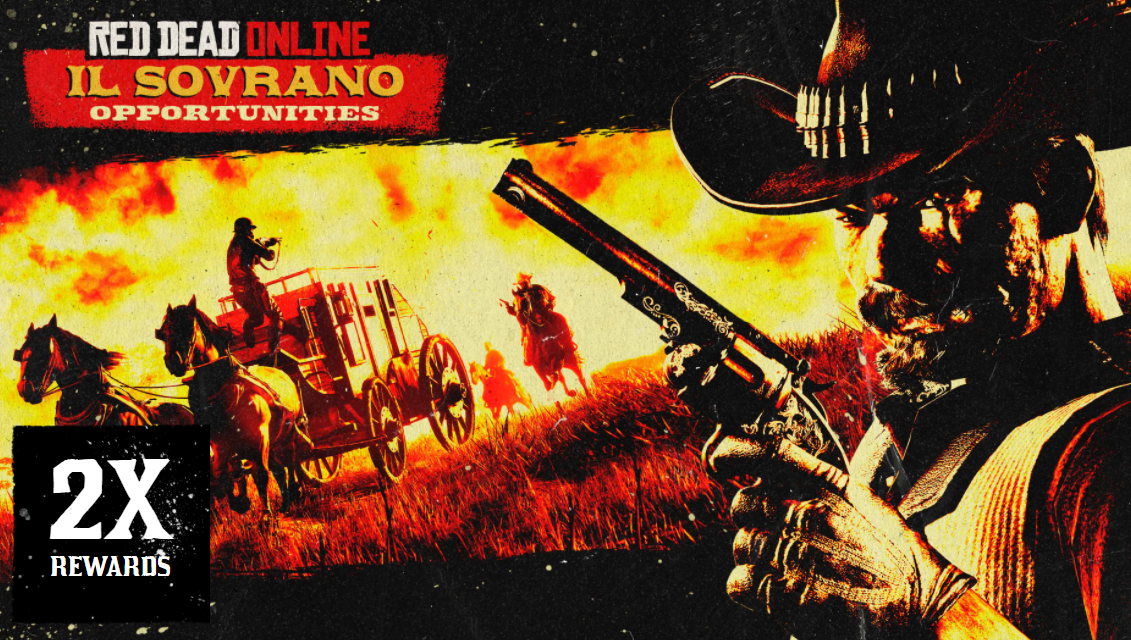 Rockstar has announced this week’s bonuses for Red Dead Online. Players who successfully steal the yellow Il Sovrano gemstones will earn double RDO$ and XP for the entire week.

Plus, complete any Blood Money Opportunity with a Persistent Posse to get a Reward for a free Ability Card and an Offer for 30% off any Weapon.https://t.co/eXJhPKWIAj pic.twitter.com/mHVqBnIMz8

The Il Sovrano heist was added with the Blood Money update and it costs 15 to 25 Capitale based on the difficulty. Players can also earn a one-time bonus of Capitale by completing Call to Arms missions. The missions reward 5 Capitale for reaching Wave 3, additional 5 for reaching Wave 7, and 10 more for reaching Wave 10. Along with these, players can get bonus 3000 Club XP for teaming up with a persistent posse. Players with a persistent posse will also get a free ability card and 30% off a weapon. Players who log in this week will get 100 rounds of high velocity rifle as well as revolver ammo.

This week’s Red Dead Online discounts include 40% off ammo crafting pamphlets, 30% off rifles, 30% off hats, 30% off ability card upgrades, as well as 30% off mustangs. The Quick Draw Club No. 4, which is the current season pass, will be available until the end of October. The next season pass will feature Halloween-themed items.

Rockstar will announce a different set of bonuses and discounts for Red Dead Online next week. It will also share more details about the upcoming season pass, which will kick off at the beginning of November.

Twitch streaming is returning to the XBOX dashboard : xbox

Halo 2 and Halo 3 modding tools have come to Steam