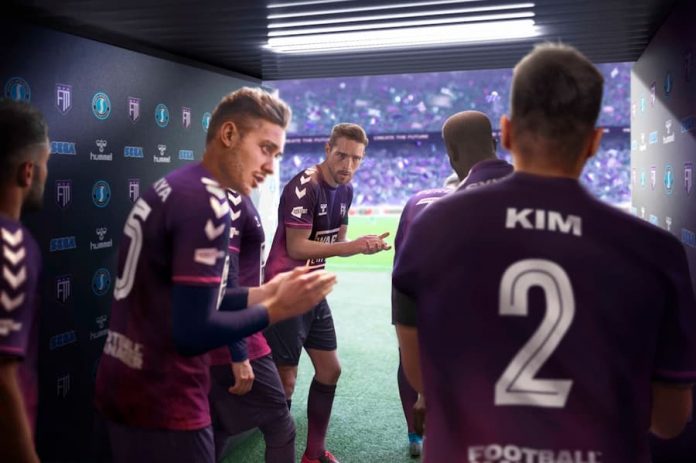 No, not “football” and “management”, the fifteen minute video is a little more in-depth than that. Instead, it takes a look at deadline day and staff meetings. Yes, in an office environment these could be deadly, deadly dull but as a football manager they’re quite a big deal.

The former is the last chance clubs have to nab players from other clubs or sell their own players. Football Manager 2002 will sport dedicated screens that let you keep an eye on who’s buying and selling who, even if you’ve no personal interest in selling or buying. That said, we’d still like to be able to slap a false moustache on someone and poach them without paying a stupid amount of money. Meet our new player, Ristiano Cronaldo. No.. no, it’s just a coincidence.

Staff meetings, on the other hand, let you take suggestions from staff members or, if you so choose, ignore them entirely. This might not seem like particularly exciting feature but we’ll be interesting to learn what happens if you just keep noping suggestions from a particular staff member? Will you have a walk-out on your hands?

You can watch the full “In the Studio” episode above, which also reveals that some real-life football management elements were left out because they’re so unbelievable they’d risk damaging immersion.

Moonglow Bay is Out Now on PC and Xbox – GameSpew

Does Marvel’s Guardians of the Galaxy Have Multiplayer or Co-op Features? – GameSpew