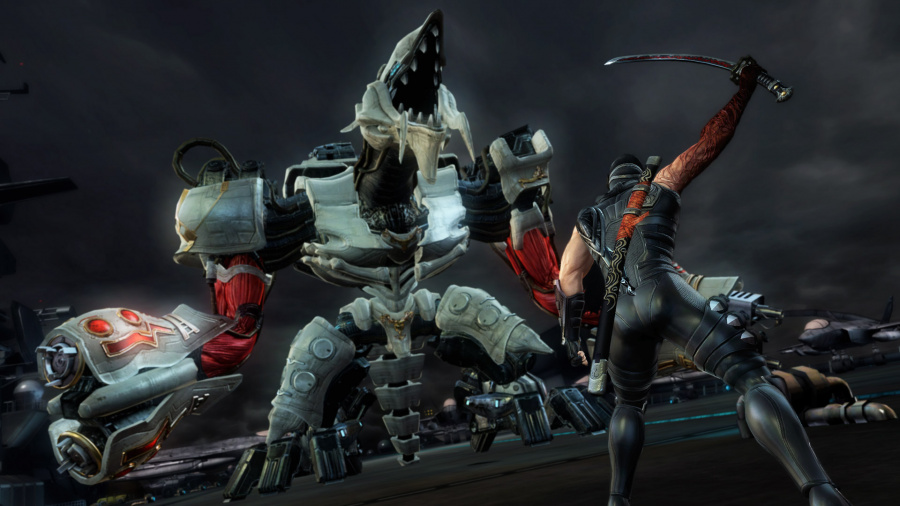 Ryu Hayabusa has been enjoying an early retirement ever since the Ninja Gaiden series was put on ice years ago. Team Ninja has been busying itself with the Nioh games in the meantime, a more deliberate style of action title that takes things in a different, yet more modern, direction. Ninja Gaiden: Master Collection brings Ryu back with three major games in one package, but the genre has somewhat moved away from the flash and breakneck pace. How does it all stack up, then?

Well, let’s first go over what’s included. Simply put, Master Collection contains the enhanced editions of the three mainline entries. You get Ninja Gaiden Sigma, Ninja Gaiden Sigma 2, and Ninja Gaiden 3: Razor’s Edge. To be clear, this collection is not a remaster; these are ports of the PlayStation 3 games, running at a higher resolution and a flawless 60 frames-per-second. While it’s not a particularly impressive re-release, the package does also contain most of the DLC, a nice digital artbook and soundtrack, and allows you to play as various other characters too. 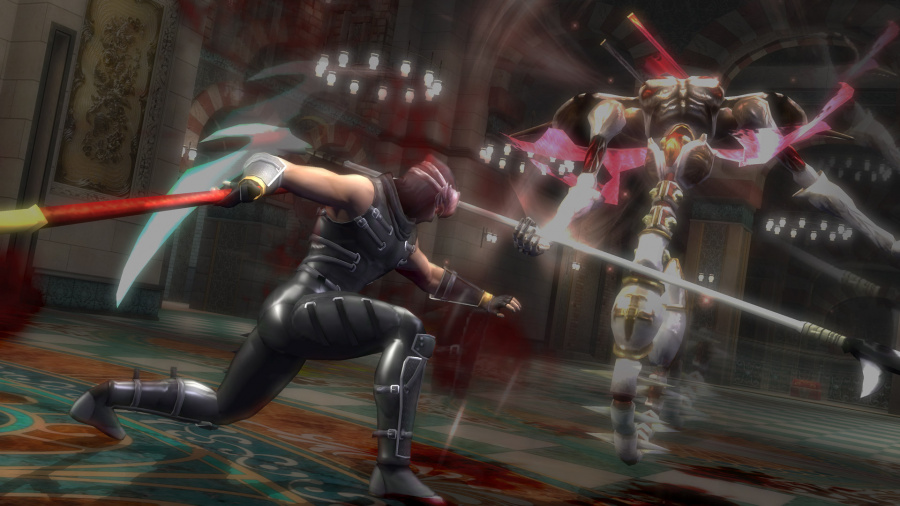 We’ll begin at the beginning with Sigma 1. As the oldest of the three titles, it does show its age to a degree. The visuals are mostly fine but some effects, like fire making the whole screen swim about, can make things hard to read. In general, it can be difficult to acquaint yourself with your surroundings and the enemies, because the camera is frankly shoddy. Attacks can come from off-screen, and especially indoors, the camera just doesn’t give you a good view of the vicinity.

Having said all that, the gameplay itself holds up surprisingly well. The first game in this trilogy is the least refined, with a slightly slower pace, clumsier menus, and less complex combat than its successors, but it lays solid foundations with slick, unforgiving action. Ryu is a nimble protagonist, able to run along walls and send enemies into the air, and you’ll need to use every trick in the book to carve your way through the game. It’s as tough as it ever was — fending off multiple enemies who don’t really give you an inch is a tall order, but that stern challenge is a satisfying one to overcome.

Sigma 2 is definitely the best of the three, meanwhile. It smooths out the original’s rough edges with a better camera, a gentler learning curve, and more cohesive presentation. The health system, which shortens your health bar the more overall damage you take, might sound harsh but it’s actually more forgiving, as it refills up to a point once the enemies are clear. You can, and should, perform insta-kills on enemies with dismemberments, as otherwise they’ll kamikaze you for a ton of damage. Additionally, you can only upgrade weapons at certain spots, and they don’t take any currency, which means you don’t have to make a choice between consumables or more power. With smart design choices like these, it’s just a better game than the first in basically every way. 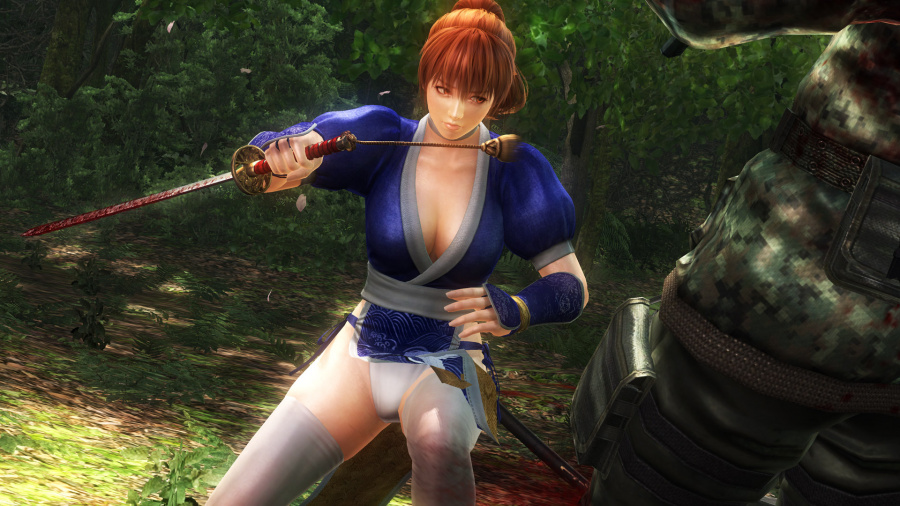 Which brings us to Razor’s Edge, the series’ difficult third album. It was critically panned at the time for its deviations from the core formula, and it’s still a bit of a jarring change today. The combat is relatively unchanged — it’s the same slick, quick action you expect — but it’s surrounded by odd decisions that make the game less focused. Ryu’s a ninja, but the odd stealth sections just feel completely out of place.

The presentation also feels incongruous with the other games, seemingly chasing a more Western audience with its more Hollywood bombast. We can’t be the only ones irked by the Call of Duty-style mission briefings in the loading screens, or the unnecessary kunai wall-climbing sequences. At the end of the day, Razor’s Edge isn’t that bad. At its heart, the core gameplay is reminiscent of Sigma 2 — it’s just wrapped up in design that doesn’t fit the series all that well.

So, taken as a whole, we’re left with an unusual collection. In some ways, the three games show their age, but ultimately we think the slice-and-dice combat remains pretty unique. You’re rewarded for lightning reflexes and measured offence, and it does it all with a bloodthirsty grace. The visuals hold up surprisingly well given no real extra polish has been applied, and it’s certainly interesting to see how the series evolved. Whether this is worth your time will be down to a couple of things. If you’ve never played Ninja Gaiden, this is a good opportunity to hop in and see what they have to offer. If you’re already a fan, this is probably the best and easiest way to revisit these titles, warts and all. In a world where we have the likes of Sekiro: Shadows Die Twice and Devil May Cry 5, this trilogy no longer represents the best that Japanese action has to offer, but there’s definitely room at the table for what’s still a brutal and satisfying series.

Ninja Gaiden: Master Collection brings a trio of Ryu Hayabusa’s adventures to modern systems, and that in itself is worth celebrating. The quality of the individual games does vary a fair bit, though, with Sigma 2 the best of the bunch. However, bringing them together is highly skill-based combat that rewards real mastery, and it remains pretty unique among modern action titles. While not without their flaws, there’s still plenty to love about these PS3-era slash-’em-ups