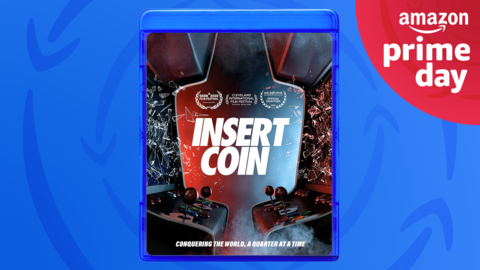 As Amazon Prime Day 2021 continues, there are all kinds of Prime Day gaming deals–and not just limited to the video games themselves. The documentary Insert Coin goes behind the scenes of Midway Games, the studio behind franchises like Mortal Kombat and NBA Jam, is on sale right now, allowing you to pick up a Blu-ray copy of the film at a reduced price. During Prime Day, the film is marked down to $19 from its usual price of $25.

Insert Coin tracks the company’s creations, from NARC in the early ’90s and into the video game arcade boom, when the Mortal Kombat franchise left most of its competition in the dust. While the Blu-ray of the documentary doesn’t include special features, the film is mixed in 5.1 audio, so it should sound pretty good on your home theater setup.

If you’re in the market for even more Blu-rays, don’t forget to take a look at our guide to the best Prime Day 4K movie collection deals. After all, with F9 about to hit theaters, isn’t it time you purchased the entire Fast & Furious collection?

And why stop there? Check out all of the best Amazon Prime Day deals, including the Prime Day smart TV sales you should be keeping an eye on.

Watch live streams, videos, and more from GameSpot’s summer event.
Check it out